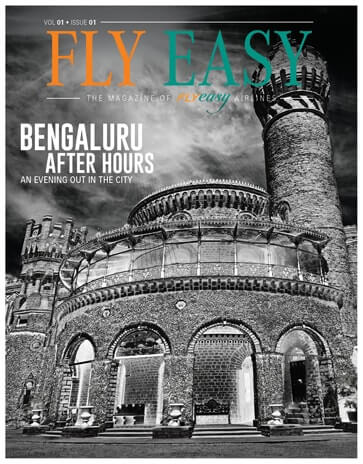 Flyeasy is the inflight magazine of FLYeasy airlines. With an operational base in Bengaluru, the airline will have direct air connect between the proposed smart cities and other Tier II cities across India with future expansion plans targeting major Tier I cities as well. Introducing a cool new magazine for the airline, flyeasy magazine goes further than most inflight magazines, finding the story behind the story. The travel magazine brings forth lesser known facts about the planned Smart Cities in India as well as other Tier II and Tier I cities in a way that has never been done before. The tone is interactive, light, easy to understand and attention grabbing.